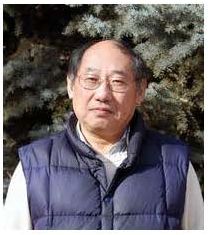 Visiting Professor: STEVE CHAN, 陳思德 (Ph.D., University of Minnesota, 1976) held visiting appointments at the University of Hong Kong in 2011-12.  He currently holds the title of College Professor of Distinction at the University of Colorado, Boulder, where he is Professor of Political Science and Director of the Farrand Residence Academic Program.  He had also previously served as Chair of the Political Science Department and Director of the International Affairs Program at that institution.  He was the recipient of the Karl W. Deutsch award of the International Studies Association, Boulder Faculty Assembly Award for Excellence in Research, and CU Parents Association's Marinus Smith Award for excellence in teaching.  His other awards in the past three years include a fellowship from the East Asian Institute (Seoul), the A&S College Scholar Award at the University of Colorado, the Sasakawa Peace Foundation Award of Japan sponsored  by the East-West Center, and the Distinguished Scholar Award given by Foreign Policy Analysis Section of the International Studies Association.