Twenty years after regime change swept across the former Soviet Bloc and contrary to the widely held hopes and expectations at that time, liberal democracy has emerged and taken roots only in a small number of postcommunist countries. In the majority of former communist states, political transformations have either lost their momentum and resulted in partially democratic systems, or have been reversed and brought new authoritarian regimes. While capitalism was adopted more eagerly than democracy, its forms and qualities differ fundamentally across the region as well. Hence the fundamental puzzles of post-communist politics: What are the causes of the extraordinary diversity of political and economic outcomes across the region? Why there is no convergence among historical sub-regions in this part of Europe, despite similar starting points? Why the impact of the communist legacy has been uneven? In his presentation Professor Ekiert will review political and economic developments in the region since 1989 and examine the ways in which scholars and researchers analyzed and explained the diverging trajectories of post-communist transformations. 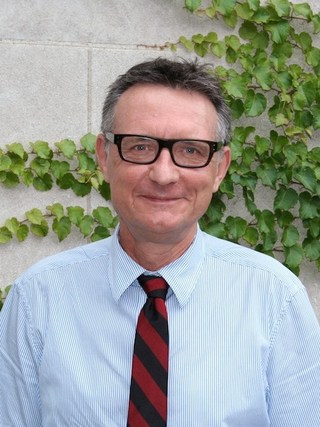 Grzegorz Ekiert is Professor of Government at Harvard University, Director of Minda de Gunzburg Center for European Studies, and Senior Scholar at the Harvard Academy for International and Area Studies. His teaching and research interests focus on comparative politics, regime change and democratization, civil society and social movements, and East European politics and societies. He is the author of The State Against Society: Political Crises and Their Aftermath in East Central Europe (1996); Rebellious Civil Society: Popular Protest and Democratic Consolidation in Poland (with J. Kubik, 1999); Capitalism and Democracy in Central and Eastern Europe: Assessing the Legacy of Communist Rule (co-edited with S. Hanson, 2003); editor of special issues of East European Politics and Societies on the EU Eastward Enlargement (with J. Zielonka, 2003) and on Democracy in the Postcommunist World (2007) and Taiwan Journal of Democracy on A Liberal Challenge? Civil Society and Grass-root Politics in New Democracies (with Sunhyuk Kim, 2013). His current projects explore civil society development in new democracies in Central Europe and East Asia and patterns of political and economic transformations in the post-communist world.